Coughing is your body’s natural way of removing unwanted stuff from your airways. So, it’s not something to worry about when you cough sometimes after eating or drinking — especially when you mistakenly get some food particles or water drops into your airway. It simply means your body is trying to prevent some particles from going down into your lungs.

Coughing after eating or drinking can be very frustrating, though. Worse, if you have to go into several bouts of coughing every single time you eat certain foods, it means there’s a problem with the way your body handles such foods. And you need to find out the cause, since it could be a sign of some serious health problem. Ice cream and cold drinks are notorious for this. 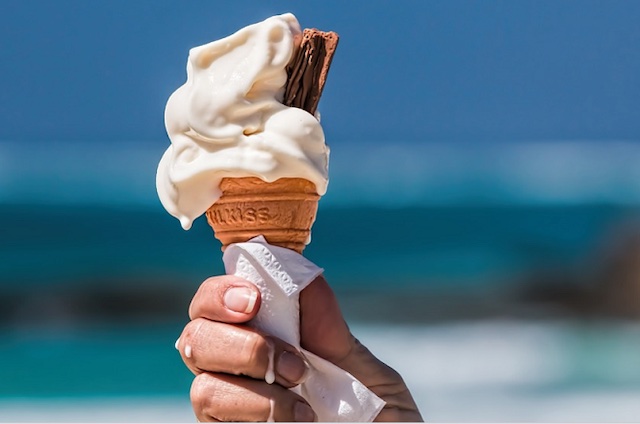 Here are 6 common causes of coughing after eating ice cream and cold drinks.

If you’ve noticed that you cough only after eating ice cream, then it could be that you’re allergic to dairy products or certain ice cream ingredients. This is more likely to be the cause if you don’t have similar issues after eating other cold foods or drinks.

When you’re allergic to certain foods, drinks, or other substances, your body registers them as potential threats that should be eliminated instantly whenever it encounters them. Coughing is just one of various bodily reactions that occur when the body encounters these substances and the immune system swings into action.

GERD (gastroesophageal reflux disease) is another common cause of unexplained coughing after meals in general. But if you first noticed this after eating ice cream on one or two instances, you might be tempted to think that ice cream is the culprit. Truth is, any food could be the culprit. So, if you felt some pain in your chest or upper part of your tummy while you were coughing, you might be dealing with GERD, and in that case, every food is a culprit.

Here’s what happens in people with GERD: The junction where your esophagus meets your stomach is gated by a thickened ring of muscle called the lower esophageal sphincter. When this sphincter opens at the wrong time or does not close properly, some of the acid produced in the stomach tends to backflow into the esophagus. This happens usually after meals because the ingestion of food or drink increases acid production as well as the volume of the stomach’s contents. So, the fuller your stomach, the higher are your chances of having its contents backflow into your esophagus. This reflux irritates the walls of the esophagus, causing cough and chest pain.

About 5 – 10% of people cough after eating very cold foods or drinks because they develop a condition known as bronchospasm, which is the sudden tightening of the muscles that line the airways, resulting in narrowing of the airways an ultimately breathing difficulties and cough. While bronchospasm is common in people with asthma and allergies, it does happen in the absence of these conditions, too — such as in reaction to cold foods and drinks.

Bronchospasm, when it’s caused by ice cream, is the body’s natural reaction to the sudden exposure of your airways to the extremely cold temperature of the drink.

If you’re an asthma patient, then that could be just the reason why you cough after eating ice cream. The cold temperature of ice cream alone is enough to trigger serious reactions that manifest as coughing. Sometimes, it could be due to your body’s reactions to additives, such as sulfites, that may have been added to the ice cream.

Aside cold drinks such as ice cream, other triggers such as dust, pollen, smoke, and stress are common causes of allergic reactions in asthma patients. If you develop other symptoms such as chest tightness and difficult breathing after eating ice cream, chances are you’re dealing with asthma.

Here’s another possible cause of coughing after eating ice cream (hypothetical, though): When you eat ice cream, it travels down your esophagus, which is anatomically in contact with the trachea (windpipe). The cold temperature of the ice cream, therefore, causes the trachea to cool down, leading to thickening and solidification of the mucus present in the trachea.

Ordinarily, the mucus in your trachea should be swept back to your throat in order to clean up the airway. But when the mucus has thickened in response to the cold temperature of ice cream, your body responds aggressively by causing you to cough until all the thickened mucus has been removed. This effect happens after you eat ice cream because of its high viscosity — it trickles slowly down your esophagus, spending more time to cool your trachea and thicken its mucus content.

This also explains why you tend to produce thick saliva and even phlegm after eating ice cream and other frozen drinks and foods.

If you have an infection in your larynx (voice box) or esophagus, then you may experience some cough after eating or drinking anything, not necessarily ice cream. What happens when you have an infection in these parts of your digestive system is that they get swollen and more sensitive, and this can cause them to malfunction or trigger aggressive responses like coughing when food or drink comes in contact with them.

Infections can be caused by various micro-organisms such as bacteria, fungi, and viruses, and they require medical attention for them to be properly treated. So, if you’re coughing during or after eating foods or drinks in general, or cold foods and drinks in particular, infections could be the cause.

There you have six possible causes of coughing after eating ice cream or other cold foods. If you’re experiencing this problem, do not panic. Your best bet is to consult your doctor, so the exact cause — in your own case — can be figured out and properly managed. 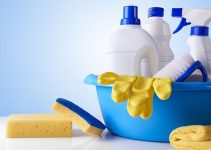 The posts published on this website are for informational purposes only. No information on the website is intended to be a substitute for professional medical advice, diagnosis, or treatment. And you should never rely solely on this information when making decisions related to your health.

Always consult your doctor and seek their advice before undertaking implementing newly found health or medical advice. And never disregard professional medical advice or delay seeking it because of something you have read on this website.